On Saturday I went to Gone With The Wind at Raven Row gallery in London where in addition to the beautiful sound artworks by Max Eastley, Walter Marchetti and Takehisa Kosugi there was a performance by 74-year-old Esther Ferrer. Ferrer was a member of Zaj along with Marchetti in Franco’s Spain providing a radical artistic alternative to the official (fascist) culture.

She’s still formidable and her brand of humorous but confrontational feminist performance art held a packed audience enthralled, including me and my six-year-old daughter. Ferrer did two pieces, one involving undressing and dressing while balancing a series of symbolic objects on her head. The other a rapid-fire explanation of art theory conducted entirely in gibberish. It really was a case of you had to be there but Esther Ferrer’s warm personality is so palpable I wanted to take her home. 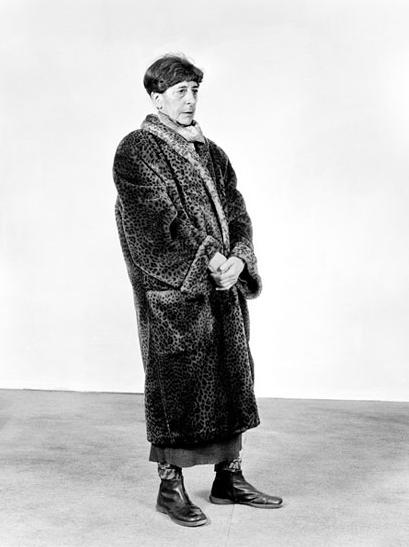