A Kind of Blue 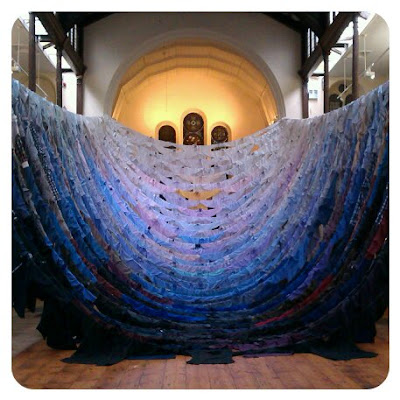 Until the 16th century woad was the only source of blue dye available to cloth dyers in Europe. The woad plant has antiseptic properties, was used by ancient Britons to heal wounds and is said to have been painted on warriors before going into battle. The monks who illuminated Lindisfarne Gospels applied it as a blue ink and throughout the ages woad has been used as a shape-shifter (no less!) in shamanic rituals. Now a new Anglo-French project Woad – Out of The Blue looks at the importance of the plant in the economic development of Amiens (France) and Southern England since the 12th century and explores its cultural and social heritage.

The Blue Route a breathtakingly beautiful installation by Finnish sculptor Kaarina Kaikkonen, is the first exhibition in this series and takes place at Brighton's Fabrica art gallery. 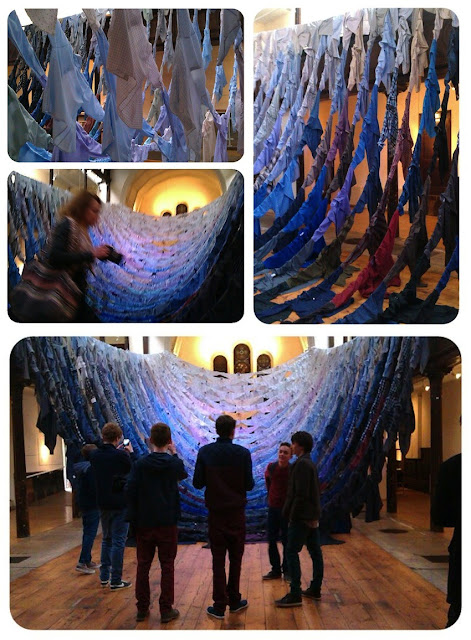 The Blue Route comprises hundreds of second-hand shirts hanging from ropes tied to the upstairs balconies of this former Regency church. The shirts were donated by residents of Brighton & Hove and the piece resonates with the memories of these worn garments. It's a composition in tones of blue with one singular yellow shirt at the centre. Standing behind the installation I saw dozens of pale balloons and one solitary yellow balloon lifting into the air. In front of the work with my back to the wall I saw the sun setting over a deep blue sea. 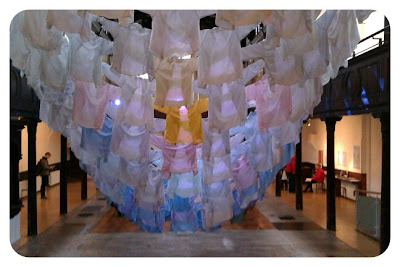 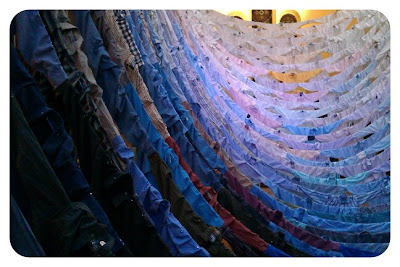 The Blue Route is a co-commission with Brighton Festival and will be on show until 27th May 2013. If you're in Brighton you'd be balmy not to visit.
Posted by Ivy Arch at April 12, 2013
Email ThisBlogThis!Share to TwitterShare to FacebookShare to Pinterest
Labels: Art, Brighton, Community Arts, Local, Local History, Sussex
Newer Post Older Post Home