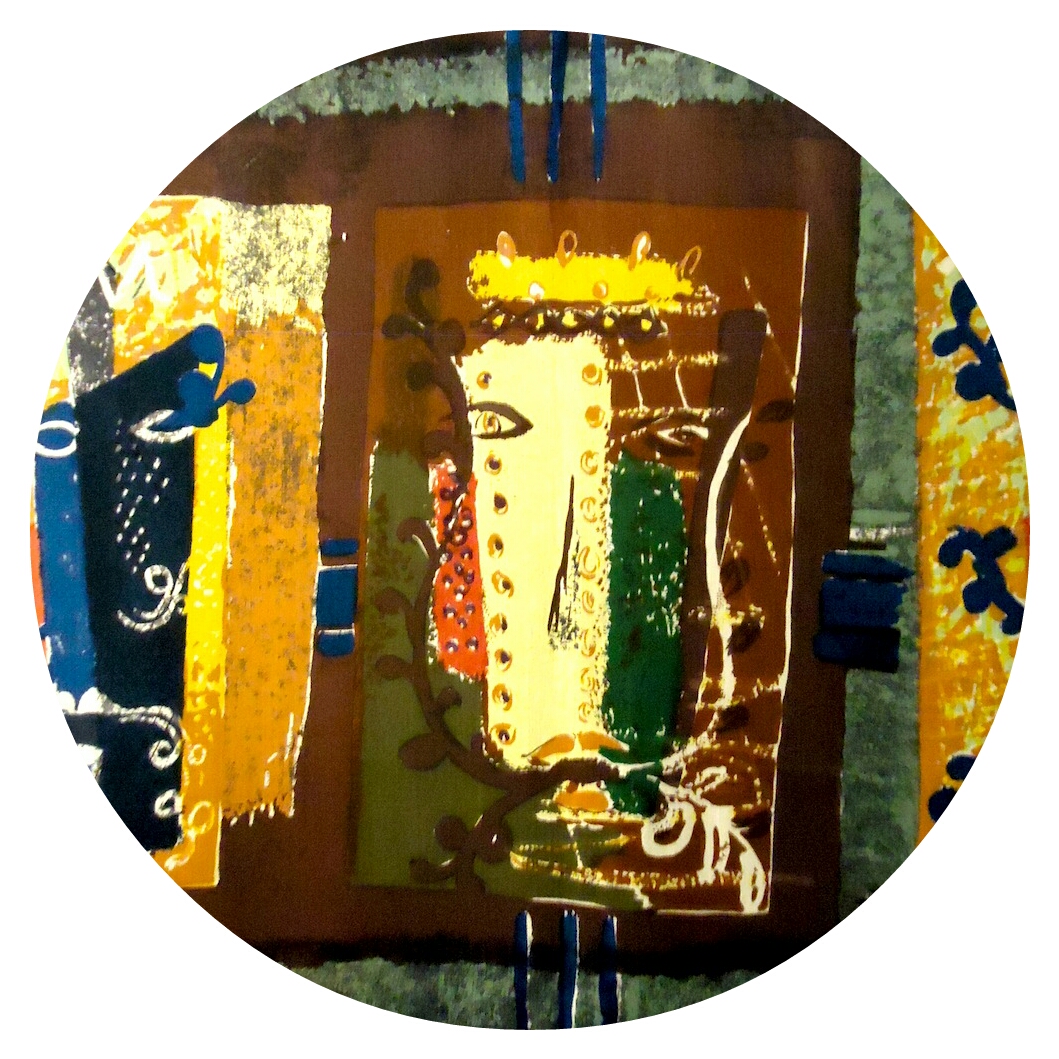 Artist Textiles at London's Fashion and Textile Museum is an essential exhibition for any vintage fabric addict. Over 200 textile designs for fashion and home furnishings are on display, including pieces by Salvador Dali, Joan Miró, Pablo Picasso and Andy Warhol. There are exquisite illustrated fabrics by Saul Steinberg, colour pop prints by Zandra Rhodes, an angular line doodled fabric by Henry Moore and some stunning fabrics and furnishings by Eduardo Paolozzi and Nigel Henderson.
There is so much to see that one visit really isn't enough to take it all in, and there's much too much to cover in a single blog post, so I'm sharing with you the work that excited me the most: John Piper's painterly screenprints.


John Egerton Christmas Piper was a 20th century painter of architecture, landscape and abstract compositions. He is famous for his work as war artist (for his paintings of bombed buildings and ruins). He was also a writer, prolific photographer, etcher, printmaker, a designer for theatre and of stained-glass windows and in later years began making ceramics.
In the mid 1950s Piper designed a series of screen-printed textiles for David Whitehead & Sons Ltd, a company renowned for producing contemporary printed fabrics for the mass-market. In 1960 British fabric and wallpaper manufacturer Arthur Sanderson & Sons commissioned Piper to produce five textile designs as part of their 1960 centenary celebrations.
Piper's fabrics have all the detail and tone of his paintings and really glow with life. To see so many great examples of his textiles at this show was simply thrilling!

ARTIST TEXTILES: Picasso to Warhol is at The Fashion and Textile Museum until 17th May 2014.